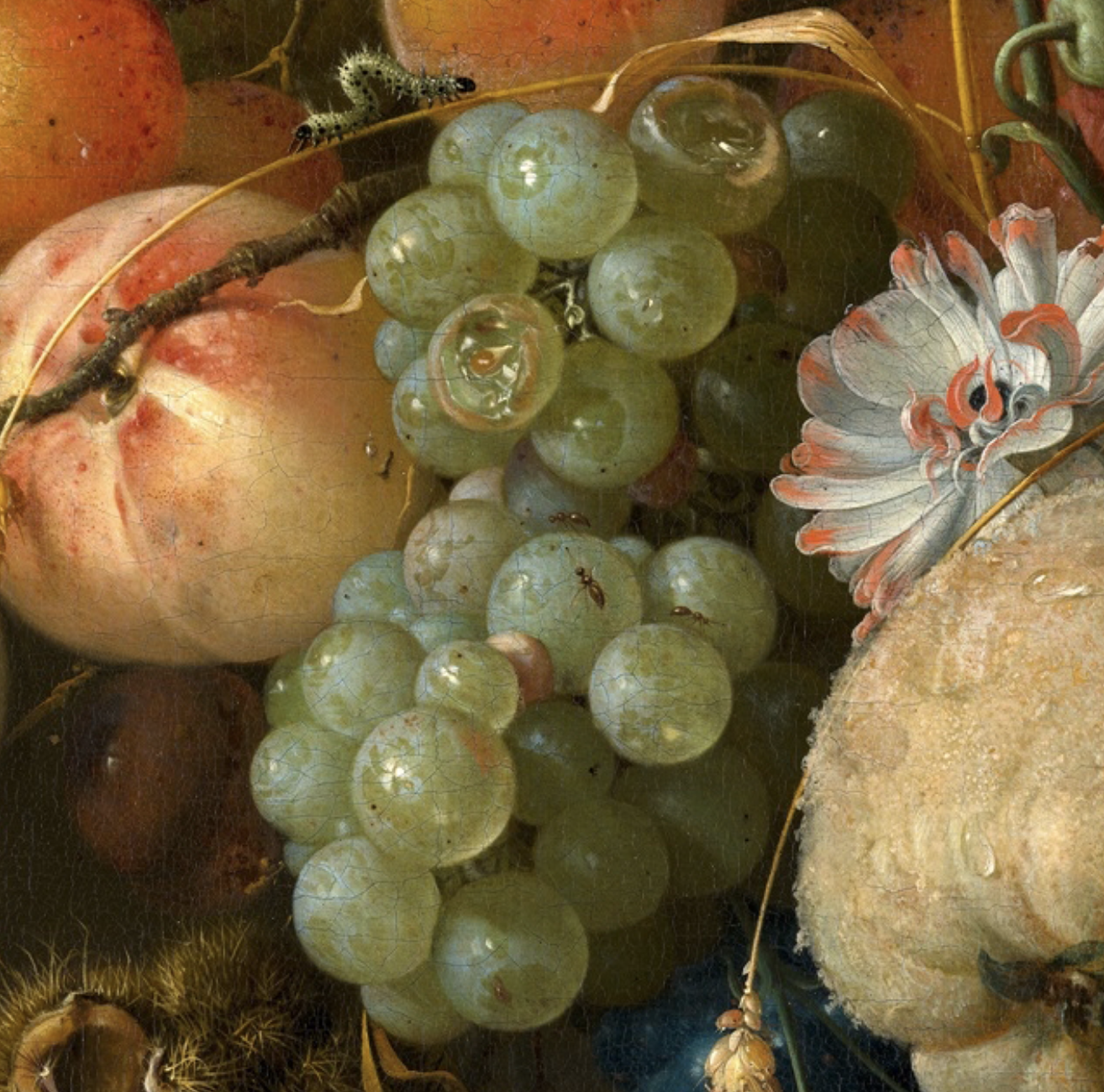 De zeventiende-eeuwse schilderkunst van de Noordelijke en Zuidelijke Nederlanden (Nederland en België) is bekend om de overtuigende materiaalweergave in verf. Wat maakt dat wij druiven op die schilderijen zo echt vinden lijken?
Samenvatting van het onderzoek (Engels): There is a great deal of knowledge to be learned from art. Painters mastered to replicate the regularities of the visual patterns that we use to infer different materials and their properties, via meticulous observation of the way light strikes and reveals the world’s textures. The convincing depiction of bunches of grapes is particularly interesting. A convincing portrayal of grapes requires a balanced combination of different material properties, such as glossiness, translucency and bloom, as we learn from the 17th century pictorial recipe by Willem Beurs. We tested the perception of these material properties and how they relate to perceived convincingness of painted grapes in three experiments: the first on 17th century paintings, the second on optical mixtures of layers derived from a recorded reconstruction process of one of the 17th century paintings, made following Beurs’ recipe. The third (control) experiment was again done on the 17th century paintings, in which only convincingness was rated. In a multiple linear regression glossiness, translucency and bloom were found not to be good predictors for convincingness of the 17th century paintings, but they were for the reconstruction. Overall, convincingness was judged consistently, showing that people agreed on its meaning. However, the agreement was higher when the material properties indicated by Beurs were also rated (experiment 1) than if not (experiment 3). This suggests that these properties are associated with what makes grapes look convincing, and altogether that 17th century workshop traditions and recipes show more variability than standardization of grapes.